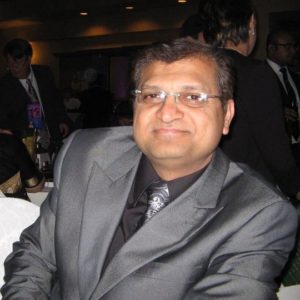 2019 – A successful year that ended in another huge loss! SAWITRI Theatre Group deeply mourns the passing of yet another of its Founding Directors. Keyoor Shah has been an integral part of Sawitri Theatre Group since its inception. He was one of the 3 Founding Directors and the technical expert for all SAWITRI’s productions. Keyoor Shah, who passed away on August 25, 2019, at the age of 50 was a very hands-on Director. He was also the set builder, the painter, the stagehand and the expert cook, taking care of cast and crew at rehearsals and post production de-briefs.

Keyoor’s happy disposition, generous nature and infectious smile are forever etched in the hearts of all those who knew him. He gave selflessly to all, with no expectation of accolades or awards, and enriched the lives of everyone around him. His last production was ‘Savita Weds Satish’ at the Small Arms Inspection Building in May 2019. We, at SAWITRI Theatre, miss him more than words can convey. Our sorrow is great in having to reconcile with the fact that 2 of SAWITRI’s 3 Founding Directors now only live on in our memories.

Originally from Mumbai, India, Keyoor had made Mississauga his home for the past 20 years. His forte was sound and managing ‘dandiya’ events was his passion. He loved to dance the ‘garba’ and the ‘dandiya’ and was also an amazing actor when he decided to come out of the tech booth, his favourite place to be. Those who had the opportunity to see Keyoor on stage have not forgotten his memorable role in the Marathi play ‘Mahasagar’, or his role in the Hindi one-act play ‘Ab Kya Karey?’. It feels unreal not to have him there, taking care of sound and light and helping wherever he is needed. It’s hard to carry on without his cheerful presence, but he always believed that the show must go on, and so it does, taking four people to complete the tasks that he managed to accomplish single-handed. 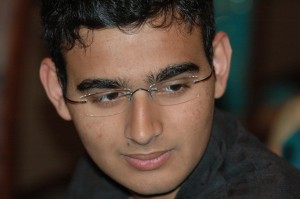 2013 – A very successful year that ended in a devastating loss for SAWITRI Theatre Group, when it lost its young, dynamic Founding Director, Aniruddh Sawant in a plane crash, on Sunday November 10, 2013 at the age of 25.

Aniruddh Sawant, an alumnus of the Drama Program at Cawthra Park High School, Mississauga, believed in the vision and mission of SAWITRI Theatre Group, and was one of its Founding Directors.

Later, he moved to Sault Ste. Marie to study at the Sault College of Aviation and graduated as a pilot in 2009. Even though his studies, his work and his music took him far away from Mississauga, he always remained connected to the Group, sending his encouragement through phone calls and messages, attending as many SAWITRI productions as his busy schedule allowed, and remaining its most unbiased critic. In a few words, gently and politely delivered, with the dimpled smile that he is so known for, you could always count on Aniruddh to tell you where the production and individual performances excelled and where it needed more work. He was always spot on!

On the opening day of Mahesh Dattani’s Seven Steps Around the Fire at Meadowvale Theatre on Thursday September 26, 2013, Aniruddh’s last text message sent to Artistic Director, Jasmine Sawant, for the group at 3:17 pm read, “Break a leg tonight fellas and fellees. If you could please tell…that I said break a leg…The whole crew actually.” He flew in from Winnipeg to see the last performance of the production on Saturday September 28, 2013.

Aniruddh Sawant attended the Fairview Public Elementary School, Mississauga and was also a dedicated ‘Wolf Cub’ with the 1st Cooksville Group, Scouts Canada, where he was the first Cub to have attained all his badges. From 2001-2006 Aniruddh was an Air Cadet with the 845 Avro Arrow Squadron, and retired as Warrant Officer 2nd Class.  He was the recipient of the Duke of Edinburgh Gold Award. He graduated from Camilla Public Middle School where he was the Class Valedictorian in his graduating year, the first male student to receive that award in 10 years, and was a very active member of the Student Activity Council in all his years at CawthraPark.

Aniruddh Sawant packed a lifetime’s worth of experiences and friendships in 25 short years. His two passions, flying and music were kindled at a young age. He shared his joy of flying with others as a flight instructor in London and Sault St. Marie. For the last year and half, he was First Officer at Bearskin Airlines and based in Winnipeg, Manitoba. When Aniruddh wasn’t flying, he focused on music. He was an exceptional drummer. During his free time he played in a rock band and worked as a DJ. This past year, he travelled North America producing music for Dusty Starr. He wanted to use his love of music to make people happy. Aniruddh Sawant died doing what he loved. “To the greatest brother that ever lived, may your spirit never come down from the heavens.” – Siddhant Sawant.

Aniruddh Sawant’s passing away is deeply mourned by his family and friends across the globe. The family has established the Aniruddh Sawant Foundation in his memory to continue the giving, caring and compassion that were an integral part of Aniruddh’s life.